AI is not for me… think again 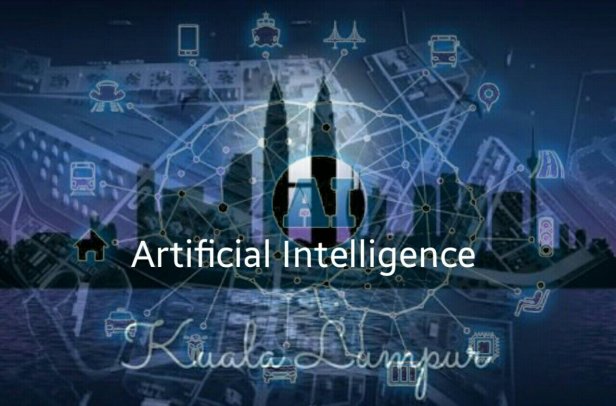 ARTIFICIAL intelligence (AI) is the bedrock of the Fourth Industrial Revolution. Countries across the globe are beginning to adopt it and Malaysia is no different. The use of AI promises to streamline businesses allowing them to operate more efficiently and to begin to act effectively on the data that they already collect.

AI has already penetrated many areas of our lives, being the brains behind Siri, Alexa and Cortana as well as letting you don a multitude of masks as part of Snapchat and Instagram’s facial recognition software. It is only a matter of time until AI will be integrated into all facets of modern life.

However, it is not all smiles when it comes to the adoption of new technology as an estimated 50,000 jobs could be lost to automation, according to a recent Khazanah Nasional study.

Though many, such as an independent Gartner study, say that these fears may be exaggerated.

Nevertheless, the use of AI is not science fiction anymore, it is here already and it is not causing panic in the streets.

Startups that focus on utilising AI are beginning to appear here in Malaysia, some focused on improving the customer experience like Glueck that tracks things such as your facial expression to analyse how you interact with an advertisement for more personalised marketing, as well as companies such as Surge that analyse data collected by companies to predict customer behaviour and market trends.

AI is only as useful as the data that it is based on. Often times it is near impossible for smaller firms to get to grips with the vast sums of data that allow AI to be useful, so firms such as Supahands fill this gap. The firm outsources data management tasks to contractors around the region using its own proprietary AI to pick the right tasks for the right operators, saving hours of clients’ time to process their valuable data.

However it is still early days in this regard with many consumers still feeling weary about having robots answer their queries and influencing their decisions.

Globally, 93% of financial managers have stated that they believe AI will play a part in their decision making in the future in one way or another and that it is only a matter of time until it is better integrated into their work flow.

The government is also getting in on the act, such as a partnership announced with Alibaba to adapt City Brain, the AI that helped to reduce traffic in their home city of Hangzhou, to Kuala Lumpur.

Unfortunately, Malaysia is definitely lagging behind our neighbours in terms of AI adoption, with the region leaders being Indonesia and Thailand with their rates of uptake as high as 24.6% and 17.1%, respectively.

The main barriers preventing more businesses from taking advantage of AI are the current lack of talent as well as the cheap labour costs for low skilled work that AI would reduce. Firms in more developed countries such as Singapore have already taken to AI to reduce their operational costs due to the much higher costs of labour comparatively.

The demand for skilled data professionals is so high that the Malaysian government has revised its goal for 2020 from 1,500 to 16,000.

Local universities are developing a plethora of programmes, both undergraduate and postgraduate, to prepare the next generation of engineers and feed this local demand for innovation.

There are plenty of opportunities to advance one’s own learning in the subject, with communities such as AI Saturdays (AI6) that get together to teach one another and learn about AI together.

Within the last 10 years, there has been an uptick in patent applications within Malaysia that has to do with AI, specifically with unsupervised machine learning to predict trends. But as the patent process takes quite some time, we are yet to see whether the majority of these ideas are indeed novel.

It is important to note that there are opportunities for AI outside of the scope of business. For example one of the main aims of the City Brain is to allow for better access and ease of movement for emergency teams in and through KL. The platform has already proved to be a success in Hangzhou with arrival times for emergency services being cut down by seven minutes.

Adeeba Kamarulzaman, Dean of Medicine at Universiti Malaya, predicts that AI “will transform healthcare in the near future at almost every point of an individual’s journey as a patient negotiating through his/her care – from improving diagnostic capabilities, to disease prognostication through to making treatment choices”.

In Thailand’s Bumrungrad International hospital, such ideas are already being put into practice. Smaller organisations are also playing a part in this, with AIME using machine learning to provide predictions on where the next disease outbreak might take place with an accuracy of up to 86%.

Furthermore, there are wide-reaching applications that may not ever reach us actively such as the utilisation of AI in the military. Google only recently backed out of a deal to provide the US military with AI software that would be able to parse through drone footage to recognise faces.

Russia does not seem to have any ethical qualms about handing over a lethal decision to an AI. The weapons manufacturer Kalashnikov developing what they claim to be a fully automated weapon capable of making decisions without the need for human intervention.

With all of this innovation there has yet to be the formation of a governing or regulating body to keep abreast of the ethical quagmires that can arise from the burgeoning field.

For example, if an unsupervised AI were to create a piece of art, who should that art be attributed to – the AI or its creator?

Similarly, if facial recognition software was to improperly authorise a drone strike that resulted in civilian casualties, who should take responsibility for such a catastrophe? Questions such as these will demand answers in the years to come as the prevalence of predictive and learning software grows further.