The ASEAN region, made up of Brunei Darussalam, Cambodia, Indonesia, Laos, Malaysia, Myanmar, the Philippines, Singapore, Thailand and Viet Nam, boasted a combined GDP of roughly $2.77 trillion as of 2017, with predictions for enviable GDP growth rates of around 5.3% per year through 2019. Here are seven challenges the bloc faces in promoting sustainable economic growth, and suggested steps to solve them.

ASEAN was formed in 1967, with an agreement by the five original founding nations – Indonesia, Malaysia, the Philippines, Singapore and Thailand – to organize for the sake of peace, stability and cooperation. ASEAN states are located at a strategically important junction, bordering two of the world’s most populous economic powers, China and India, which makes ASEAN a focal point for both regional and global powers. ASEAN member states are also enmeshed in territorial disputes with interested powers. China’s claim to territories in the South China Sea, for example, overlaps with competing claims by Brunei Darussalam, Malaysia, the Philippines and Viet Nam. While there are challenges, closer coordination and common goals among ASEAN governments can help promote stability and lessen the prospect of conflicts.

ASEAN is home to a wide variety of businesses, including a number of huge family-owned conglomerates and state-linked enterprises, like the Central Groupin Thailand, Salim Group in Indonesia, state-linked Singtel in Singapore, and Vinamilk in Viet Nam. Yet small- and medium-sized enterprises (SMEs) together with micro-entrepreneurs make up at least 89% of business activity in the region.

Entrenched interests with the large conglomerates, paired with widespread corruption, is undermining the region’s business environment and is particularly hurtful for small enterprises. The ASEAN region needs strong independent civic institutions to prevent corruption and to help the region compete globally. One hope is that digital innovations will enable greater transparency and promote economic growth.

The ASEAN region offers a growing market of more than 600 million consumers. The region’s GDP per capita measures about $6,500 (excluding Singapore, the region’s most advanced economy), which is less than China but more than India. Consumers in the region are price-sensitive and demanding, resulting in local businesses with low margins and low labour costs – formidable competitors to foreign rivals.

One way for new entrants to adapt and increase profits is to focus on specific consumer needs and conditions in the region and work backward to develop solutions. Mobile technologies can be particular useful, especially given the high mobile adoption rates in the region. Government support can also ensure companies are encouraged to innovate by reducing the cost burden of potential failure. This can be done with a so-called “light touch” regulatory approach, which fosters creativity and entrepreneurship.

ASEAN is home to young, literate and increasingly urbanized and aspirational populations. Consumers in the region are demanding higher-quality products and services and presents an opportunity for businesses hoping to tap growing consumer markets. 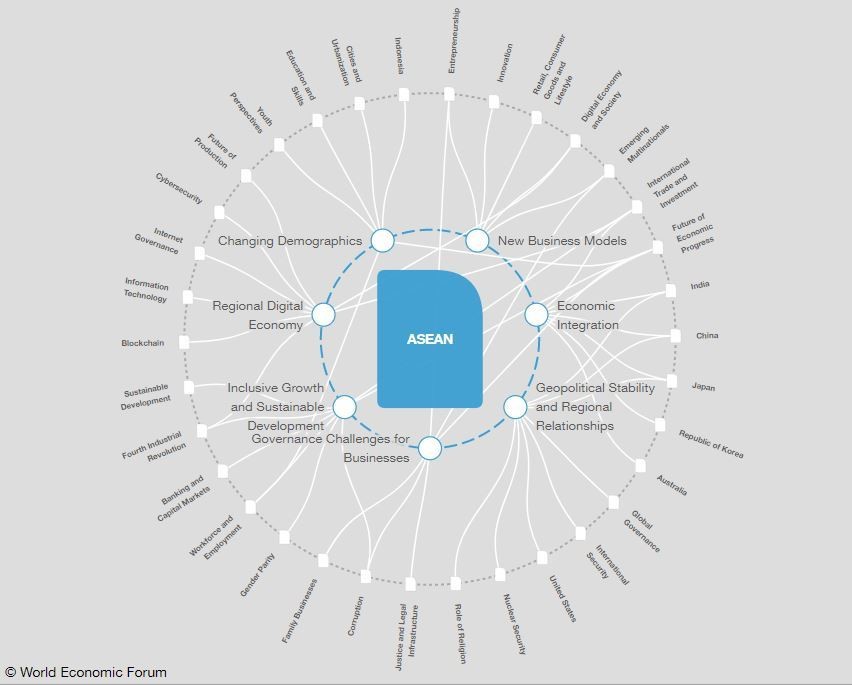 Governments must help prepare young people to face the demands of an increasingly integrated economic region, through education and training. Current efforts by ASEAN countries may not be adequate. And as more people migrate to cities such as Manila or 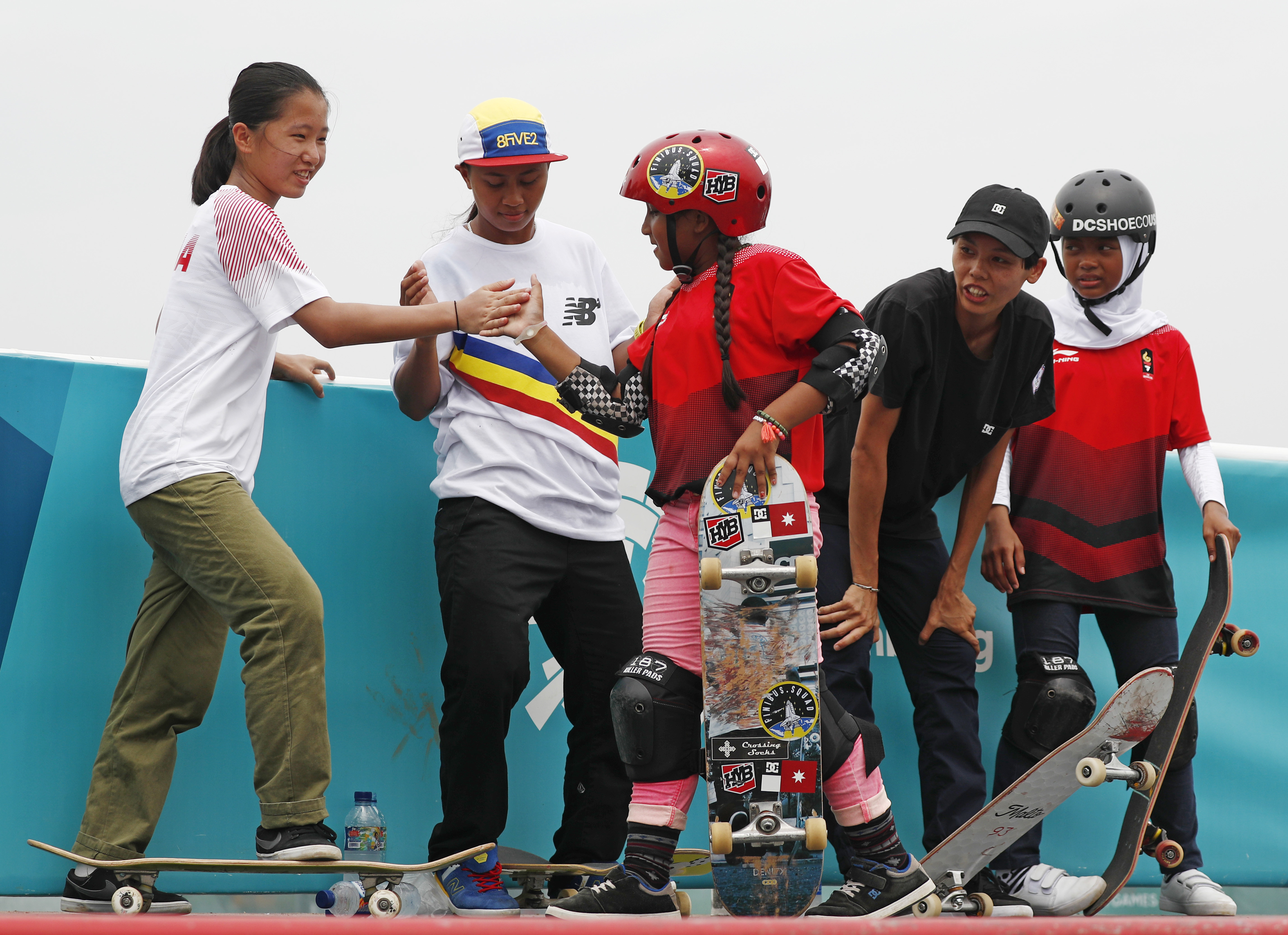 Women compete at skateboarding in the 2018 Asian Games

Jakarta in search of better opportunities, they create a pressure on existing infrastructure and job markets. Sustainable solutions will require innovative approaches. Issues ranging from affordable housing, to low-cost, quality healthcare and education call for ASEAN governments to work closely with private sector and non-government organizations.

ASEAN member states span a wide spectrum of income levels, ranging from Singapore’s GDP per capita of $57,714 to Cambodia’s $1,384 and Myanmar’s $1,298 in 2017. In recent years, lower-income states have made important gains. However, regional economic gains have fallen short of erasing significant differences among ASEAN member states. The World Bank’s most recent 2017 edition of the Global Findex showed that while 98% of adults in Singapore and 85% in Malaysia had a bank account, just 22% of Cambodian adults and 26% Burmese adults did. These disparities illustrate the need for broad, robust investment in infrastructure, financial institutions and strategic planning.